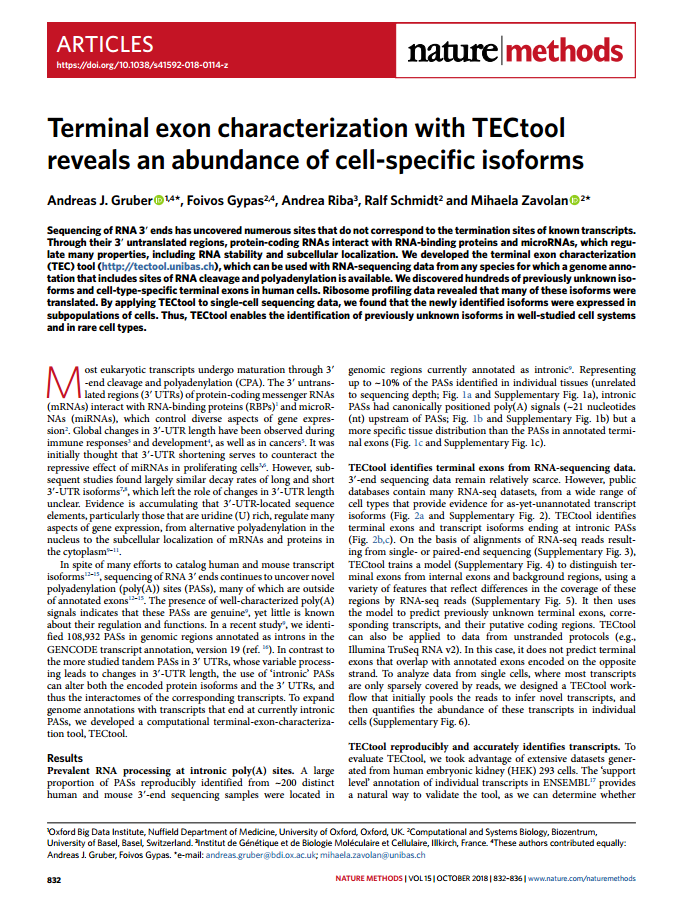 Sequencing of RNA 3' ends has uncovered numerous sites that do not correspond to the termination sites of known transcripts. Through their 3' untranslated regions, protein-coding RNAs interact with RNA-binding proteins and microRNAs, which regulate many properties, including RNA stability and subcellular localization. We developed the terminal exon characterization (TEC) tool (http://tectool.unibas.ch ), which can be used with RNA-sequencing data from any species for which a genome annotation that includes sites of RNA cleavage and polyadenylation is available. We discovered hundreds of previously unknown isoforms and cell-type-specific terminal exons in human cells. Ribosome profiling data revealed that many of these isoforms were translated. By applying TECtool to single-cell sequencing data, we found that the newly identified isoforms were expressed in subpopulations of cells. Thus, TECtool enables the identification of previously unknown isoforms in well-studied cell systems and in rare cell types.